As a used-to-be regular at the same gym for a dozen years or more, I always got amused (and truthfully) even annoyed during the first weeks of each new year. The cross-trainers, stair-steppers and treadmills were occupied. The weight room and the locker rooms were crowded. But I soon learned it wouldn’t last  very long.

It’s now the second full week of 2015, and once again, New Year resolutions are fading. It’s the regulars who are still in the gym each week. Most of the newbies aren’t showing up much any more. It’s the time of the year when the resolution to lose the holiday weight gets sandwiched between the binges at half-time of the college football Bowl games and the NFL pre-Super Bowl match-ups. And of course, along with it, the resolutions to change unsavory habits, stop smoking, drink less and all the rest start to drift back to familiar patterns.

On a recent post on Bob Tiede’s insightful “Leading with Questions” blog, guest writer Bobb Biehl shared a few thoughts from his book, “Leading with Confidence.” Both of these wise mentors focus their writings on helping others ask the right questions of themselves and others. For certain, if you aren’t asking the correct questions, you definitely aren’t going to get good answers.

If you are struggling with making and keeping resolutions as you move into the new year, Bobb Biehl suggests asking these three questions:

I love the wisdom in asking those questions. Serious attention to those three inquiries could revolutionize your productivity and accomplishments in 2015. It might just mean your resolutions become more than short-lived wishes and dreams.

Yet, let me have the audacity to suggest Biehl is missing something important. The three questions revolve around “doing.” Performance. Actions. Activities. Goals. Objectives. Calendars. Steps. Achievement. Accomplishments. All of those are important. Especially to success in life, business and more.

[Tweet “In the big picture, who we’ve become is ultimately more important than what we have done.”] 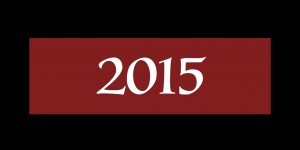 What if we substituted the word “be” or “become” instead of “do” or “done”? I happen to believe that, in the big picture, who we’ve become is ultimately more important than what we have done. It’s almost always easier to see the skill gaps than it is see the character gaps. Skill issues (doing) are usually easier to fix than character (being) issues. Character gaps are frequently masked and hidden much longer than the shortcomings at the skill or doing level.

So, let me suggest three of the best questions you could be asking yourself before you get too settled into the routines and habits of 2015:

If you get solid answers to those three questions written down, placed before you regularly (like on your bathroom mirror) and prayerfully ask God each day to empower change in those three things, the growth and transformation may just impact all of the other “doings” in your life in such a way you will be amazed at what you accomplish in 2015. Have a blessed year! Now it’s time I get back to the gym!

5 responses to 3 Essential Questions for 2015

This site uses Akismet to reduce spam. Learn how your comment data is processed.